Bentley is offering a vision of the future with a dramatic new Sport Utility Vehicle concept, EXP 9 F, at the Geneva International Salon d’Auto. The Company’s designers and engineers have created a compelling new take on the Grand Touring Bentley – a vehicle that feels equally at home at an opera gala performance, on the sand dunes and the overtaking lane of the autobahn. Unmistakably a Bentley – yet a Bentley like none before it – the EXP 9 F could herald a third Bentley model-line alongside the bespoke Mulsanne and the high performance Continental GT, GTC and Flying Spur. 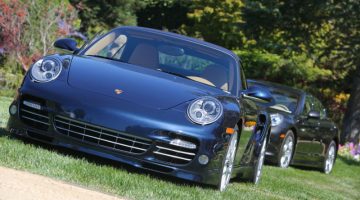